Four years ago, on May 15th, I experienced two life-changing events: I graduated from college and got engaged to my wonderful husband. That day was especially meaningful because that was the first time we said "I love you" to each other. At that point, we had been dating for 8 months.

Very early in our relationship, David told me that he would not say "I love you" until he had a ring to back it up. I did not necessarily agree but respected his decision. Very often, people say I love you early on, and, with time, the phrase may lose its meaning. We "love" Chinese food, cars, our spouses, dogs, shoes, that dress, our kids, cats, travelling, our families. As you see, the word love is widely used, yet it means something more significant in the phrase "I love you." Here, love is a choice, an action, a commitment.

We wanted to get married some time after my graduation in 2010. My parents were moving to Hawaii later on that summer, and we hoped that they would be present. On May 13th, I started looking for available venues and, with God's help, found a banquet hall that was available on June 19th! It is pretty incredible, since in America, you have to plan your wedding a year ahead. The couple that had reserved that day had to cancel because the groom was being deployed. You cannot plan much when you are in the Army. We went to check it out that evening and made our reservation. David texted his Dad, "I guess we are getting married in a month!" At that point, he had not proposed yet.

The following day, David called me during lunch and offered to take a quick trip to the beach. It sounded suspicious, since he had never called me from work, but I did not think he would pull off getting a ring in one day. Little did I know! David had had the ring for a while. That evening, we drove to Myrtle Beach, SC and had (to this day, in my opinion) the best sushi ever. 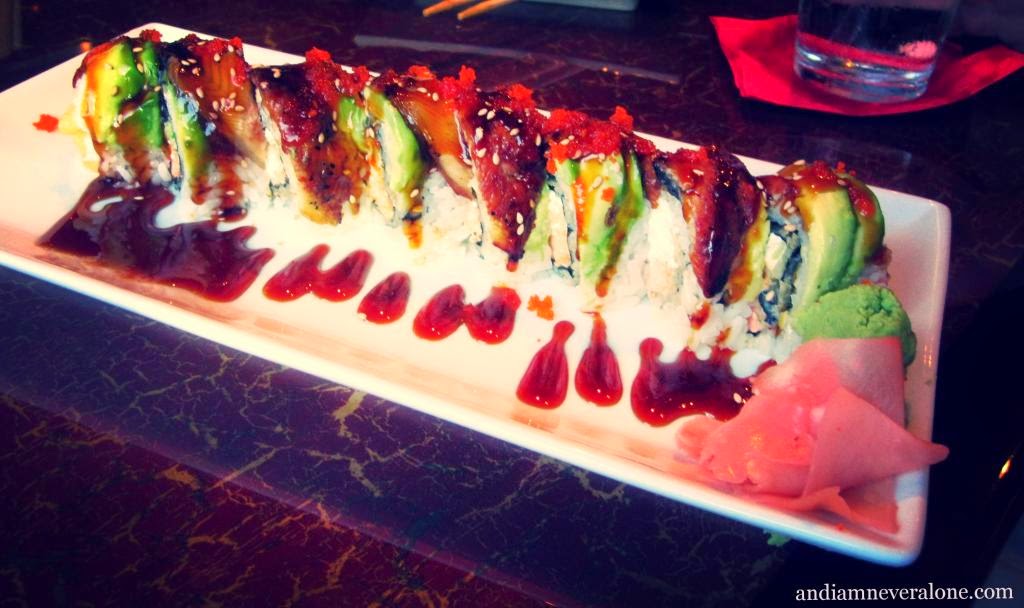 The next morning, May 15th, was my graduation. We got up early to see the sunrise and then were going to hit the road. Listening to the waves and seeing the morning sun emerging from the ocean was majestic and romantic at the same time! 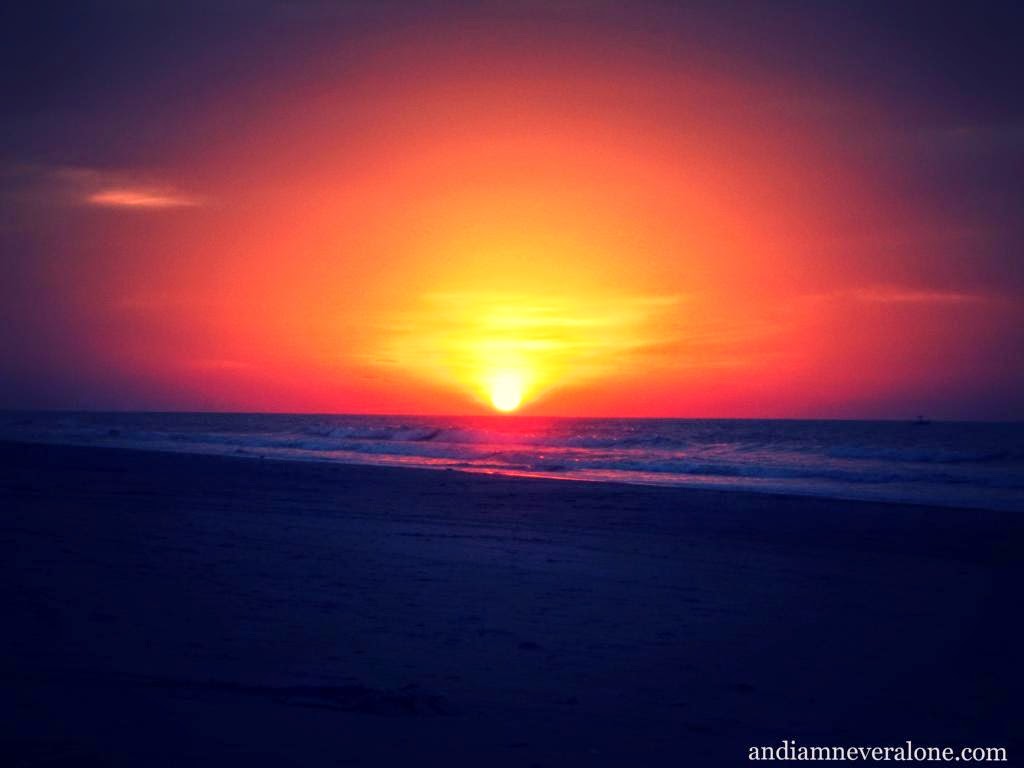 Then, David got up, took of his flip flop, and started digging the sand. "I hope he did not bury the ring on the beach," I thought quickly. Of course, he did not. David wrote a big letter I and said, "I have searched over all the earth." Then, the letter L and "Looking, praying for someone of worth." One after another, O, V, E, Y, O and U appeared, and, after each letter, David read a line of the poem he had written for me. With U, he said, "Unconditionally, I love you!" I was happy and very emotional.

He kneeled and asked me to be his wife. Before he finished, I (very enthusiastically) responded with a loud "Da! Da! Da!" (which is "yes" in Russian). I will never forget the first time we said "I love you" to each other because I had been waiting for it for a long time. The wait was well worth it! 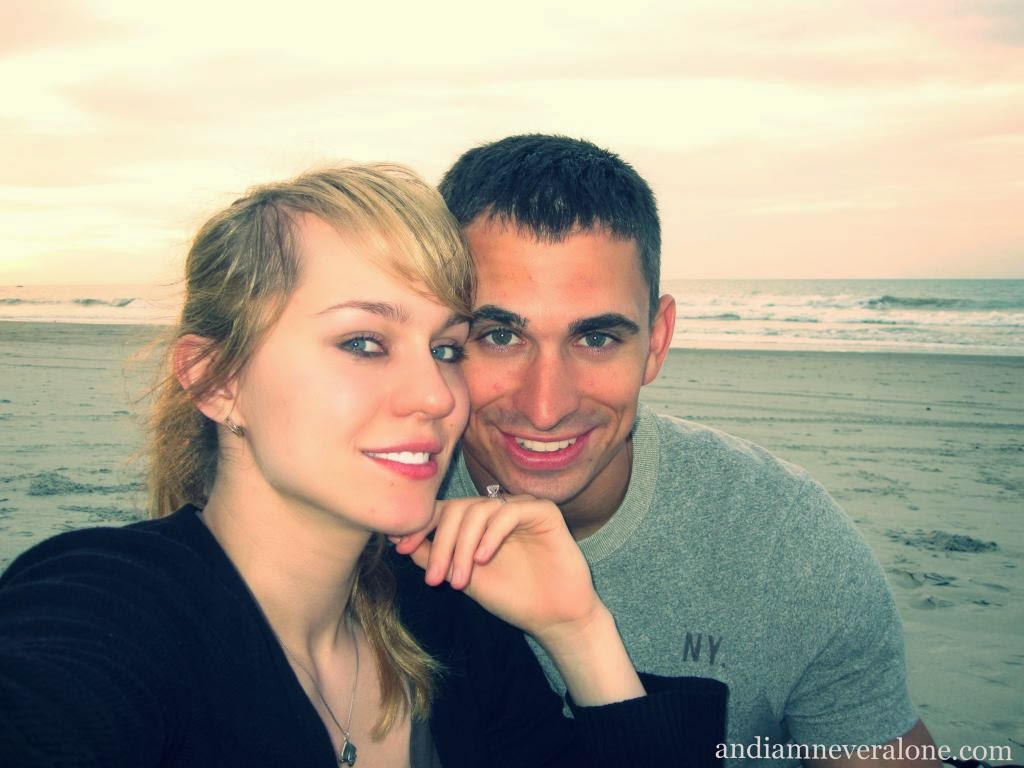 About Our Alexander, Game of Thrones, and the Gospel

Our big little boy is two months old! He is big because he has grown almost 4 lbs (from 8 lbs 2 oz at birth to 12 lbs) and 3.25 in (from 20.5 to 23.75)! He holds his head very well and loves to be carried around, so that he can see the Big World. Alex is sleeping between 4.5 and 7 hrs at night (no set schedule yet, unfortunately!) and likes to eat every couple of hours. However, when he smiles at us, we forget all the sleepless nights! 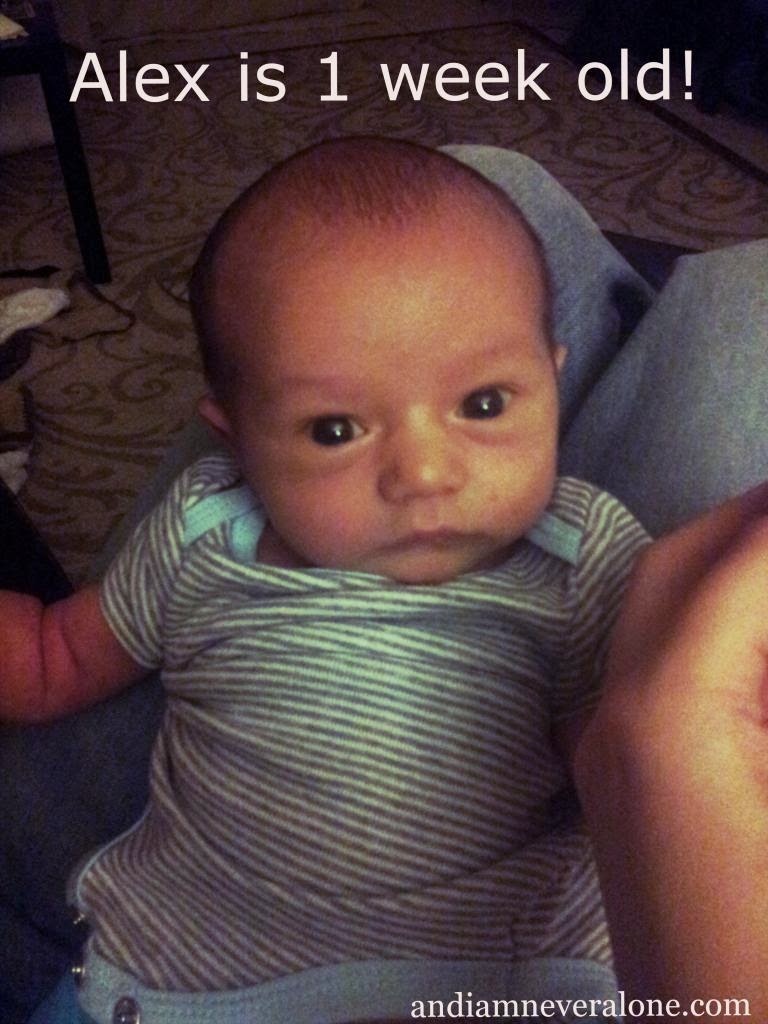 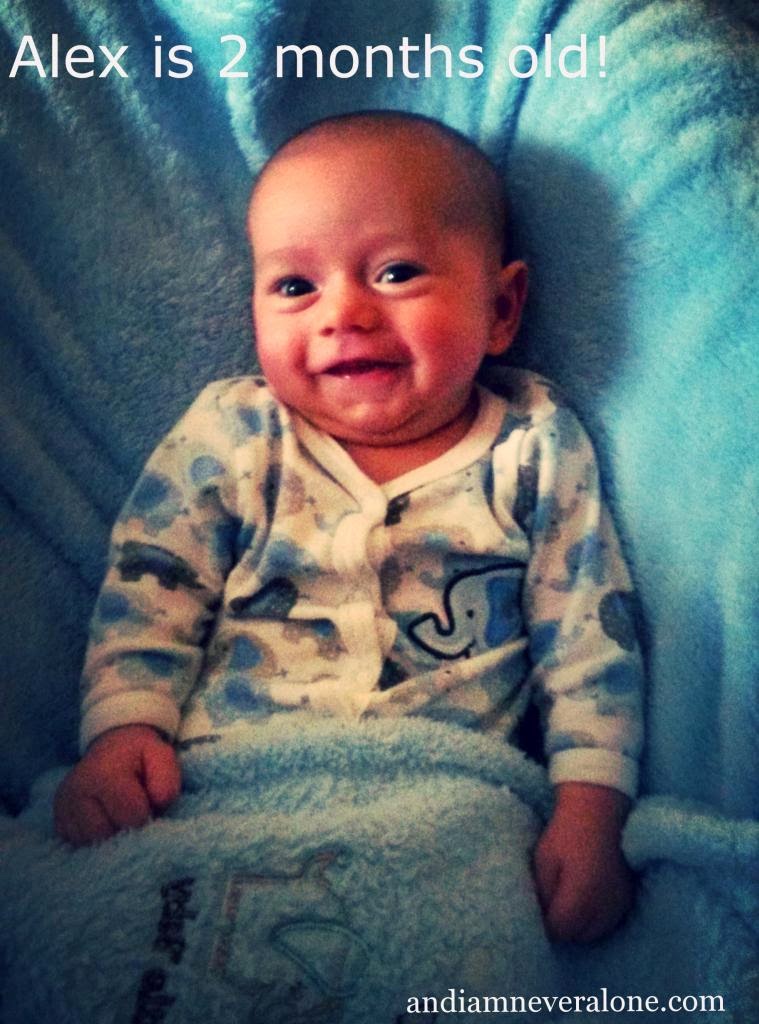 On Tuesday, he got his first shot (DTaP), and he did not like it at all. Did you know that the shots are administered into the baby's hip? I surely didn't. 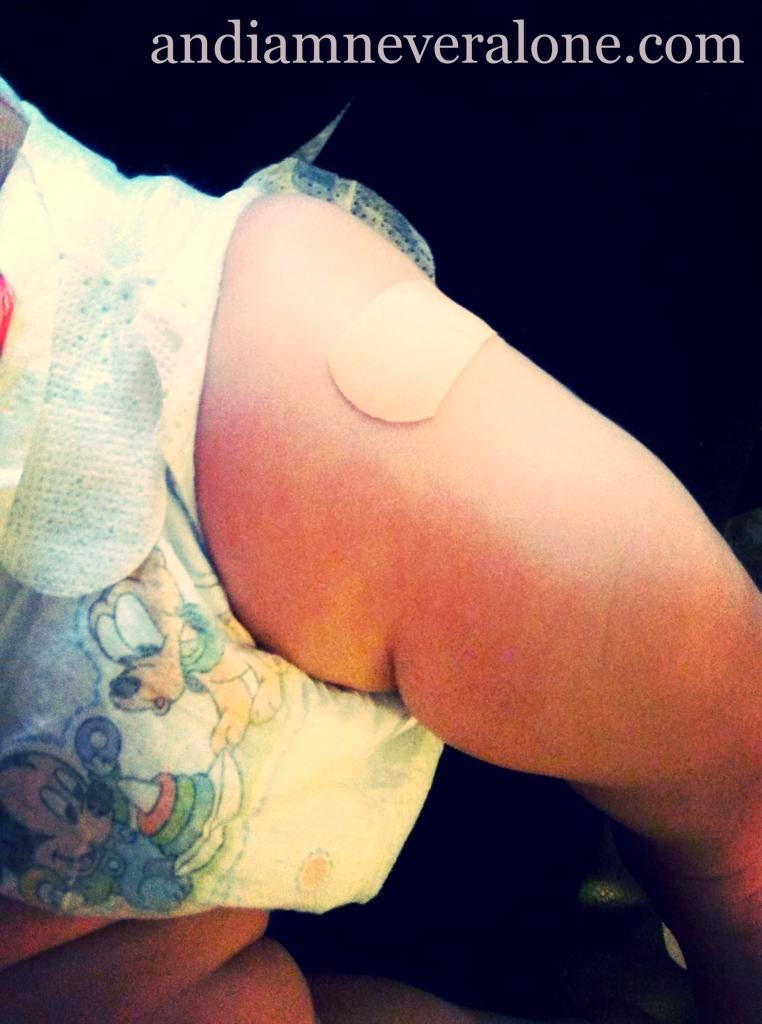 Alex was cranky after the shot, and the only way I could keep him calm was feeding, cuddling, and letting him sleep in my arms.

As we learn more about Alexander, we learn more about the Gospel. God's sacrifice of His Son Jesus Christ for our sins always left me in awe, but nothing drove the point home as strongly as having our own son. When I look at Alex, I cannot bear the thought of something happening to him. Sacrificing him for anything or anyone is out of the question. 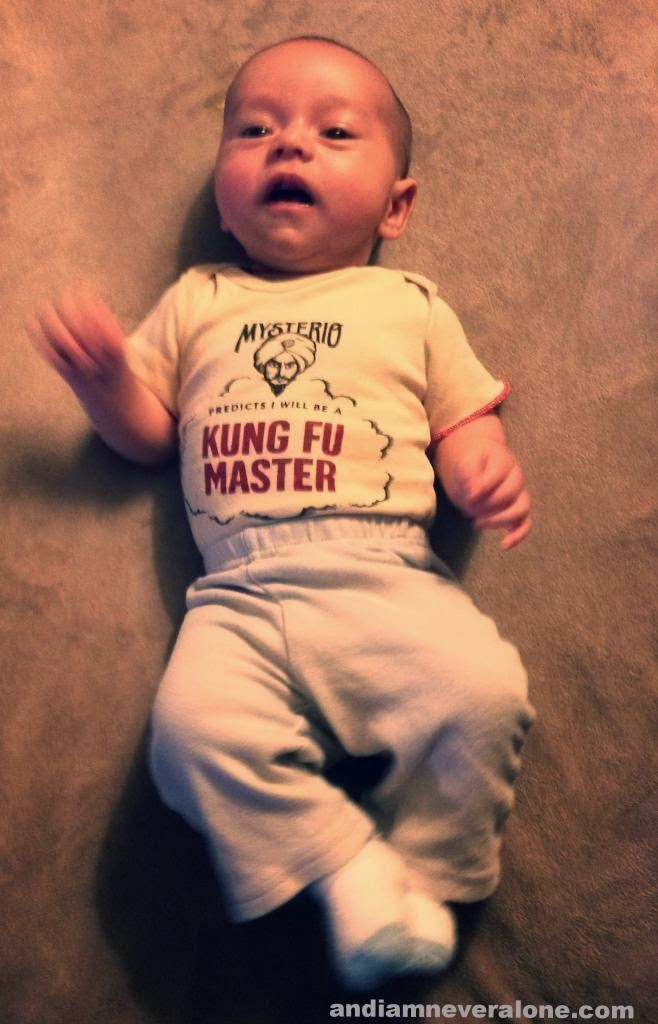 I have also become very sensitive to movie scenes involving babies. In the last, 4th, episode of the new season of Game of Thrones, a newborn baby boy is taken into the woods as a "gift to the gods." I could not watch it without tears. The baby was cooing just like our boy! The Watch mutineers gave the baby away as a sacrifice for the "White Walkers" to spare them.

The Lord God gave His Son as a sacrifice, so that we could be spared. Wow! I would rather sacrifice myself than give away my baby, as I am sure most of the parents would. And this makes God's sacrifice so much more meaningful. He paid the highest possible price to have a relationship with us, His undeserving creation, and understanding this fact makes me cry as well, but this time, in gratitude and humbleness.
Posted by Oli_Girl at 2:07 PM 1 comment:

My husband, our little son, and I are currently living in Houston, TX. Before that, we were stationed in Ft. Campbell, KY, and he has just finished his contract with the Army. In this blog, I share my every day struggles and victories as we are transitioning from military life to civilian and building our young family.